The Only Door We Had With Our Logo 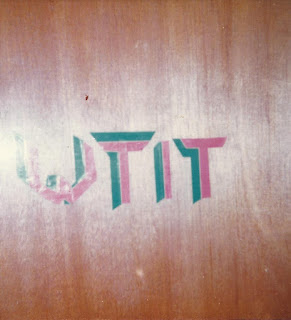 The only WTIT Studio that was tacky enough to put their logo on the door. It was The Edgewood Studio (West Hartford) in 1974. It was a tiny cramped studio. We were only there 6 months. Our next studio, The Maplewood Studio did not even have a door. Much as out current digital studio, we took the door off to allow Bud's man-cave to extend from our den took a lit of work from both Kathy and all including Gary Townsend, 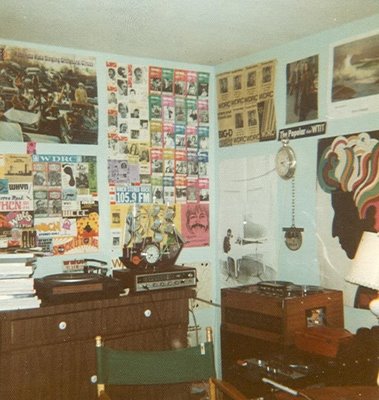 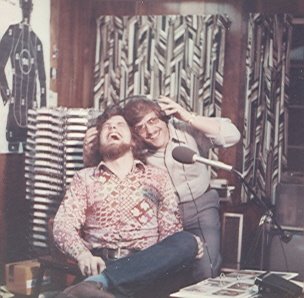 At the Al Conrad studio in Simsbury. Ed was currently at WDRC, Bud at WILI.
Posted by Bud Weiser, WTIT at 4:29 PM No comments: 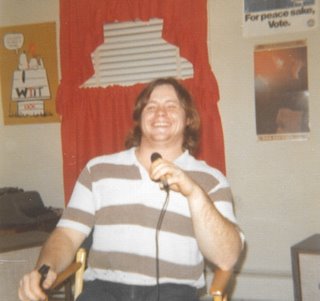 Bud Weiser, WTIT
Downtown, Connecticut, United States
I was a radio DJ for years. (I was known as Gary Hunter who everyone called The Hunter.) Mostly I’m just a wise ass. Hi and welcome to WTIT: The Blog. Here you can find all the tales of the guys who are DJs. “There was a time we authored some of the most popular memes in the blogosphere. The two biggest, Saturday 9 & Sunday Stealing are featured here and new versions are still published by new authors today. Check us out on facebook. We’re on twitter as well, but since we never update it – screw it. Our complete story is on our website, WTIT.net. Our responses to memes are now on "The Bud Blog" http://budwtit.blogspot.com.